Authored by Dave DeCamp via AntiWar.com,

Despite the lack of evidence that Russia was behind a massive hack that appears to have targeted several US government agencies, US senators are calling for retaliation against Moscow, even likening the cyberattack to an “invasion”.

“This is virtually a declaration of war by Russia on the United States and we should take that seriously,” Senator Dick Durbin (D-IL) said in an interview with CNN on Wednesday. On Thursday, Durbin called for a response against Moscow on the Senate floor, describing the hack as a “virtual invasion.” 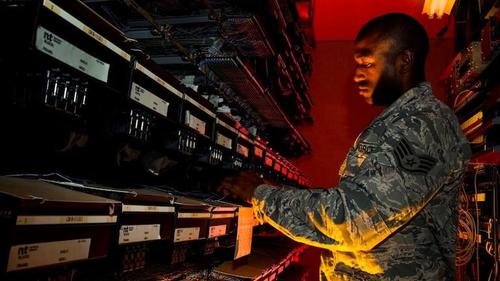 “No, I’m not calling for an invasion myself or all-out war. I don’t want to see that happen, but it’s no longer a buddy-buddy arrangement between the United States and Vladimir Putin,” he said on Thursday. “When adversaries such as Russia torment us, tempt us, breach the security of our nation, we need to respond in kind.”

Senator Mitt Romney (R-UT) chimed in on Thursday and said in a statement on Twitter that there has been “inexcusable silence and inaction from the White House” over the hack.

In a radio interview, Romney said: “I think the White House needs to say something aggressive about what happened. This is almost as if you had a Russian bomber flying undetected over the country, including over the nation’s capital, and not to respond in a setting like that is really stunning.”

The hack of the software company SolarWinds was discovered by the cybersecurity firm FireEye. SolarWinds software is used by various US government agencies and hundreds of corporations. When FireEye first reported the hack, the firm said it was carried out by a “nation-state” but did not specify which one.

Bloomberg reported on Monday that Charles Carmakal, a leading incident response expert for FireEye, said the firm had “not yet seen sufficient evidence” to name the actor responsible for the hack.

Since Russia is a favorite bogeyman of US media outlets, speculation that Moscow was involved began almost immediately. Anonymous sources speaking to several media outlets pinned the blame for the hack on Russia, and mainstream reporters followed their lead, repeating the claim as fact.

The Washington Post published a story on Thursday that said federal investigators discovered evidence of previously unknown tactics while investigating the cyberattacks. The Post described the hacks as “Russia’s recent intrusions,” only offering claims from unnamed officials to back up the assertion that Moscow was responsible.

The Post story reads: “The US government has not publicly blamed Russia for the hacks, but US officials speaking privately say that Russian government hackers were behind the operation.”

Other media outlets have been more careful, leaving room for doubt about Russia’s culpability. Politico reported that the Energy Department and National Nuclear Security Administration have been added to the list of US government agencies that were hacked. In the story, Russia is only mentioned once, and the claim that Moscow was responsible is much less definitive.

The Politico story reads: “The US government has not blamed any particular actor for the hacks yet, but cybersecurity experts have said the activity bears the hallmarks of Russia’s intelligence services.”

Joe Biden released a statement on the cyberattack, although he refrained from blaming Russia. “We need to disrupt and deter our adversaries from undertaking significant cyberattacks in the first place,” he said. “Our adversaries should know that, as president, I will not stand idly by in the face of cyber assaults on our nation.”